What is a Receiving Line?

Why You Need a Master of Ceremonies at Your Reception

Your Wedding Ceremony: Creating a Powerful Moment Through Music

Webinar: Ideas for Your Ceremony

A Receiving Line is a ceremonial act that takes place when the bride, the bride's attendants, and the host of the reception (typically the father of the bride) take the time to formally greet and welcome the attendees to the celebration, as well as receiving their congratulations and good wishes.

As a matter of courtesy and etiquette, it is a great idea to consider forming a Receiving Line during your wedding celebration. A Receiving Line has often been one of the most overlooked and forgotten components of the wedding ceremony. Indeed, it has a long history rooted in both Christian and Jewish traditions. Holding a Receiving Line poses many benefits for both you and your guests. The biggest benefit of course is that it acts as an effective ice-breaker between all who attend, and all who participate in your wedding. This will be handy later when it comes time for interactive activities like the garter & bouquet toss, and the witnessing of the cutting of the cake. The Receiving Line may also be your only opportunity to spend personal one-on-one time with each attendee of your wedding. This is especially true if you plan on having 150 or more guests present. Keep your greetings short, courteous, and sincere and you will find several added benefits waiting at the other end of your wedding celebration.

Finally, I have been asked who should be included in the Receiving Line? My answer to this has typically been the bride, her attendants, and the host of the wedding celebration / reception (typically the father of the bride).

Tips:
Assign one of the groomsmen / ushers to standby during the Receiving Line to provide support / assistance should it be needed by any member of the Receiving Line
Make sure to have a stool and / or bottled water nearby and easily accessible should the parents of the bride or other member of Receiving LIne should need one. 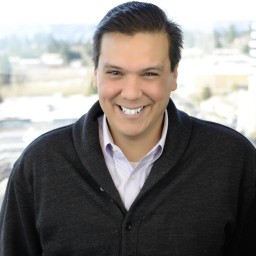 Santiago (aka "Jimmy" or James) Naranjo has been performing as DJ since 1988, when he opened his first DJ business under the name, "DJ Light & Magic". In 2008, Santiago opened under a new business name and has specialized in weddings ever since. Originally from Socorro, New Mexico, Santiago currently resides with his partner and little Cha-wiener dog, Tito, in Bellevue Washington. He graduated from NMSU in 2003 with a B.A. in English and Spanish, and a few years he obtained an M.A. in Literature. His hobbies include performing magic, public speaking (he is a member of 2 Toastmaster clubs), and bicycling.

Master of Ceremonies Workshop in Phoenix

Today is a Historic Day!

Please log in again. The login page will open in a new tab. After logging in you can close it and return to this page.

By signing up, you'll be added to the DJLM mailing list where you'll receive periodic message (approx 1-2x monthly). You may opt-out at any time and we never share your information with a 3rd party without your consent.